Power over Ethernet (PoE) is a technology for wired local area networks that allows the electrical current necessary for the operation of each device to be carried by the data cables rather than by power cords. Doing so minimizes the number of wires that must be strung in order to install the network. PoE was originally developed in 2003 to support devices like Wi-Fi access points. PoE made AP installations easier and more flexible, especially on ceilings.

For PoE to work, the electrical current must go into the data cable at the power-supply end, and come out at the device end, in such a way that the current is kept separate from the data signal so that neither interferes with the other. The current enters the cable by means of a component called an injector. If the device at the other end of the cable is PoE compatible, then that device will function properly without modification. If the device is not PoE compatible, then a component called a picker (or tap) must be installed to remove the current from the cable. This "picked-off" current is routed to the power jack.

Equipment built to the 2003 standard initially delivered enough power for most APs, but could not provide enough power for other types of mounted technology, such as video surveillance cameras. Over the years, the Institute of Electrical and Electronics Engineers and several vendors have attempted to address the power issue, but there have always been problems with interoperability. The IEEE will be solving the problem by releasing a new standard that supplies power through all four wire pairs in a Cat5 cable. 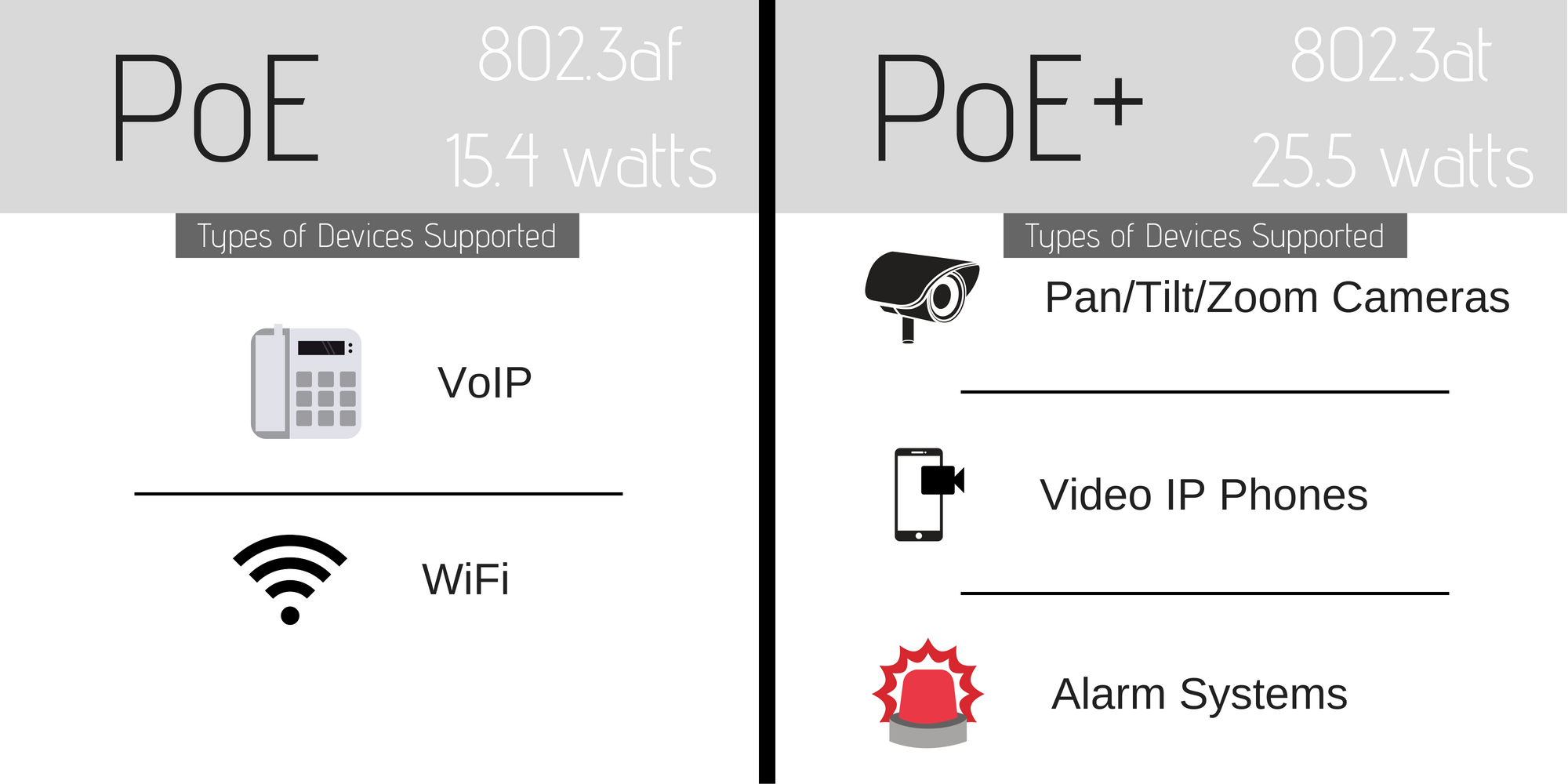